How to get set up with the RTA integration

Written by Whip Around
Updated over a week ago

The RTA Whip Around integration automatically imports defects and mileage reported by your drivers using the Whip Around app.

For example, a fault, like the one below, reported in Whip Around will appear in RTA as a new driver report. 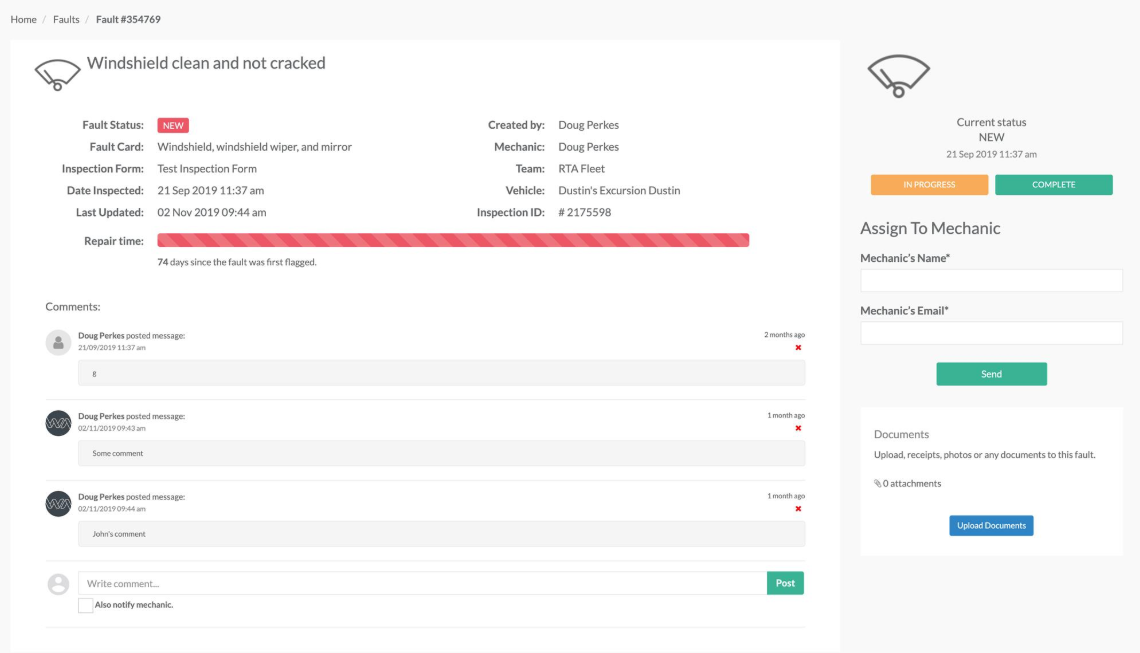 In addition to importing defects from Whip Around, the RTA Whip Around Integration will also communicate the status of defects which were assigned to Work Order Lines back to Whip Around.

In order to get mileage updates from Whip Around, your inspection form must include a mileage card. The name of the card type must be “mileage” OR the card title must be “mileage”. Keep in mind that mileage imports must follow RTA rules and limitations. This is a safeguard to ensure that erroneous mileage updates by drivers do not negatively affect your vehicle’s odometer!

Please follow these steps to get the integration installed for your system. 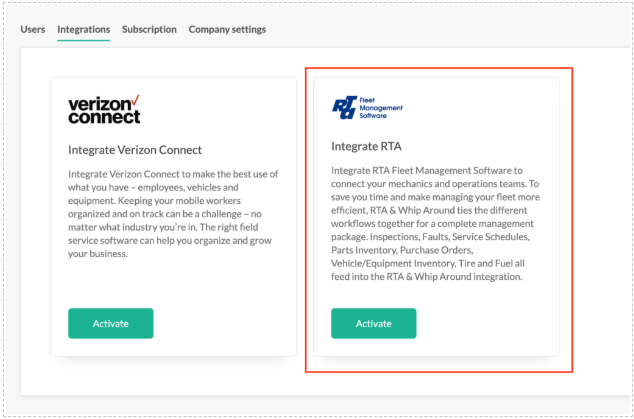 The RTA Whip Around Configuration Utility is located at https://app.rtafleet.com/admin/tenants/integrations 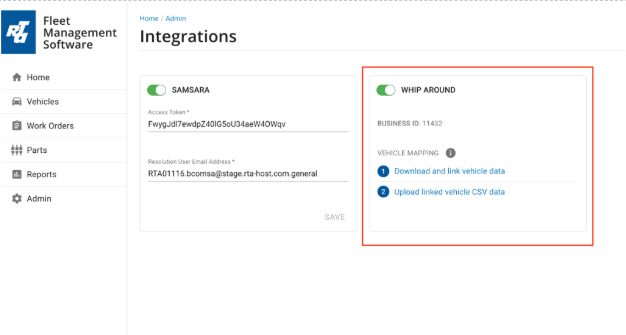 How to use the mapping utility:

The Excel file you download with the integration tool includes two pages in the workbook: RTA Vehicles, and Whip-Around Vehicles.

The RTA Vehicles tab lists all of the vehicles from your RTA system. It also includes a column stating which Whip Around Vehicle ID maps to each of your RTA Vehicles.

The Whip Around Vehicles tab includes all of the vehicles you have configured in your Whip Around system. 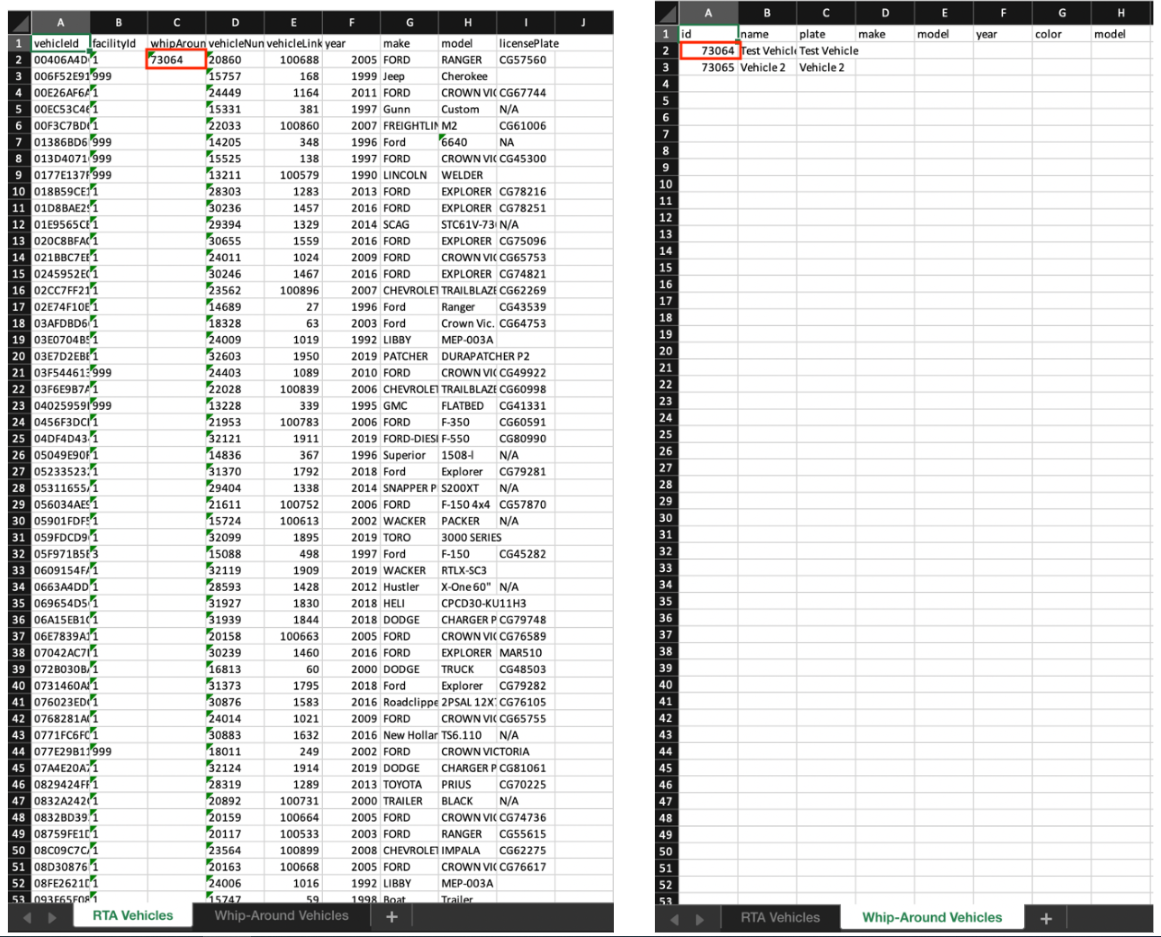 There will be a warning dialog indicating that the selected file type does not support workbooks that contain multiple sheets. Press “OK” to save only the active sheet, this is what we want.

Uploading CSV to the integration tool

Return to the integration page in the RTA web app. In the Whip Around box click the link that reads “Upload linked vehicle CSV data”. This will open a file chooser. Select your .csv file and upload.

Once this is uploaded the process of mapping your RTA Vehicles to your Whip Around vehicles will begin taking effect.

Updating the RTA-to-Whip Around mappings

You may return and repeat this mapping process as many times as you like. Each time you come to do this, be sure to download the latest Excel file first and edit this new version. The system will provide you with all the latest mappings and vehicle information on both the RTA and Whip Around systems.