Written by Lauren Yeoman
Updated over a week ago

Wallet permissions explained in a nutshell

- Available to Whip Around customers from December 1st, 2022 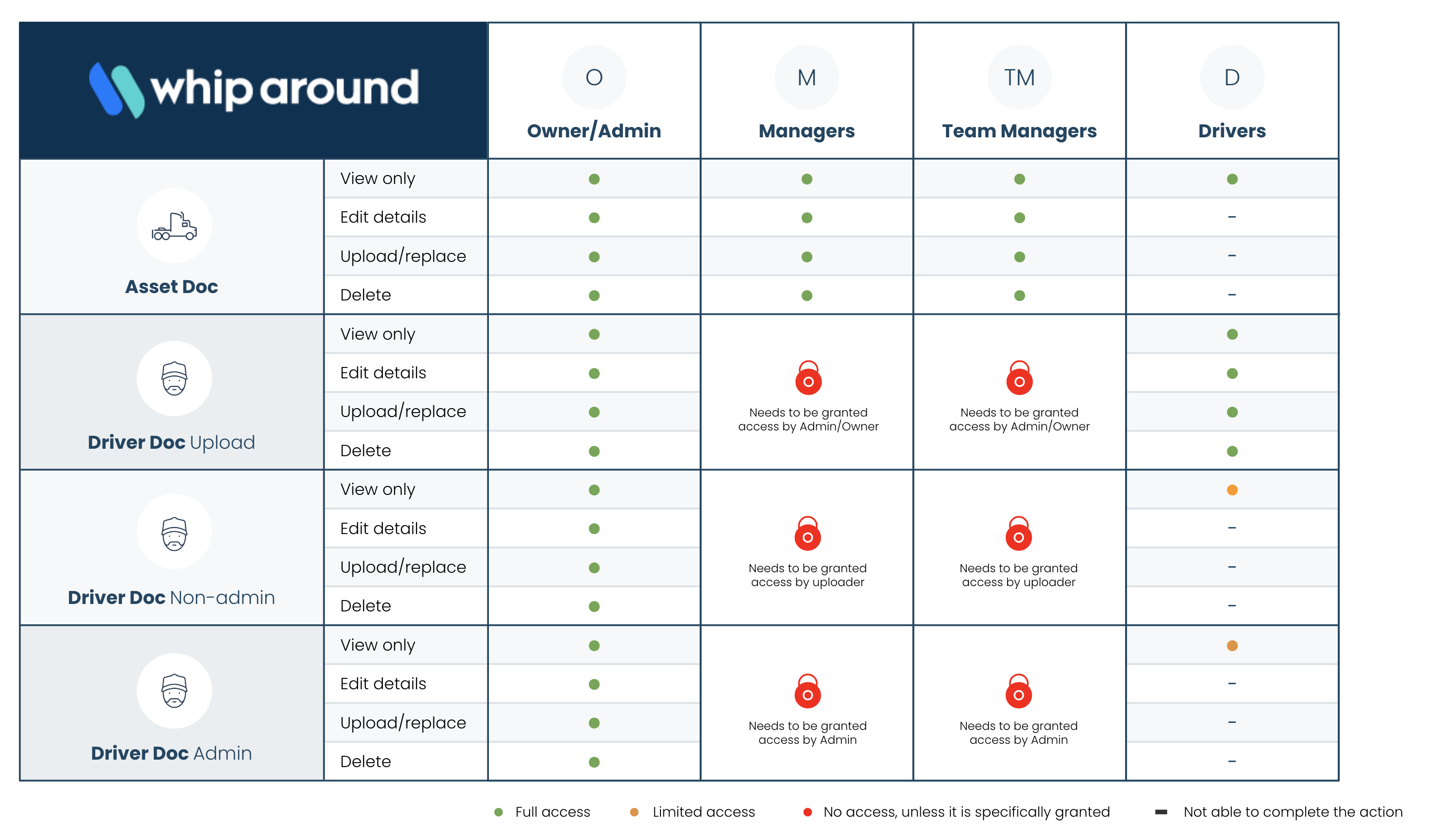 There is one Owner role for each Whip Around account. This is usually the person who signed up first to Whip Around (The root user). They have full access to all documentation within Whip Around. They can assign permission and access to other roles.

It is essential to understand that although there is only ever one Owner/Admin, there can be many Admins for a Whip Around account. All Admins have access to all documentation (both Asset and Driver) within Whip Around.

Admins can assign users the Team Manager role. Team Manager roles are used for individuals who only need access to certain Teams in Whip Around. Team Managers can only access Assets, Drivers, Inspection Histories, Defects, and Work Orders (with a subscription to Maintain) that are connected to the Team that they manage.

Driver roles are for individuals who only need access to the mobile app to complete inspections. Drivers will only have access to Whip Around via the mobile app and can only view/inspect assets that are assigned to them via a Manager or Admin level role.

Wallet enables Drivers to have their own profile in the app to store their personal documents. Drivers only have access to their own documents and cannot view other drivers (or individuals') documents.

Drivers can access Asset documentation that is made available to them and all documentation related to assets within the Team they are part of.

To learn more about Whip Around Roles and Permissions, read the overview here.

If you need any more assistance, reach out to one of our helpful Customer Success Managers via the chat on the bottom right of this screen.

Learn more about how to get started with the Fleet Manager/Manager/Team Manager and Driver Wallets in the articles below: